The General Authority of Civil Aviation (GACA) issued today the index for the classification of air carriers and airports based on the number of complaints submitted by travelers during the month of September 2021.

The most common complaints for the month of September were refunding the value of tickets, cancellation of flights, then denied boarding, followed by delayed flights.

It is worth noting that GACA has provided multiple communication channels around the clock to ensure interaction with travelers and airport goers through the following communication channels: the unified call center (8001168888), (WhatsApp) service via the number (0115253333), social media accounts, e-mail, and the website. GACA receives complaints through those channels that varied between issuing boarding passes, dealing with employees, serving people with disabilities and limited movement, and a variety of other issues.

Meanwhile, through GACA’s support for its partners in success from airports, the authority has prepared a booklet that includes instructions on how to deal with passenger complaints at airports, and circulated it to airport operators, where it defines controls and service level agreements that must be adhered to for all types of complaints and inquiries. This in addition to training employees of national airlines and ground service companies for those who have a direct relationship with the travelers to abide by the executive regulations to protect the rights of customers, through workshops held for them from time to time. 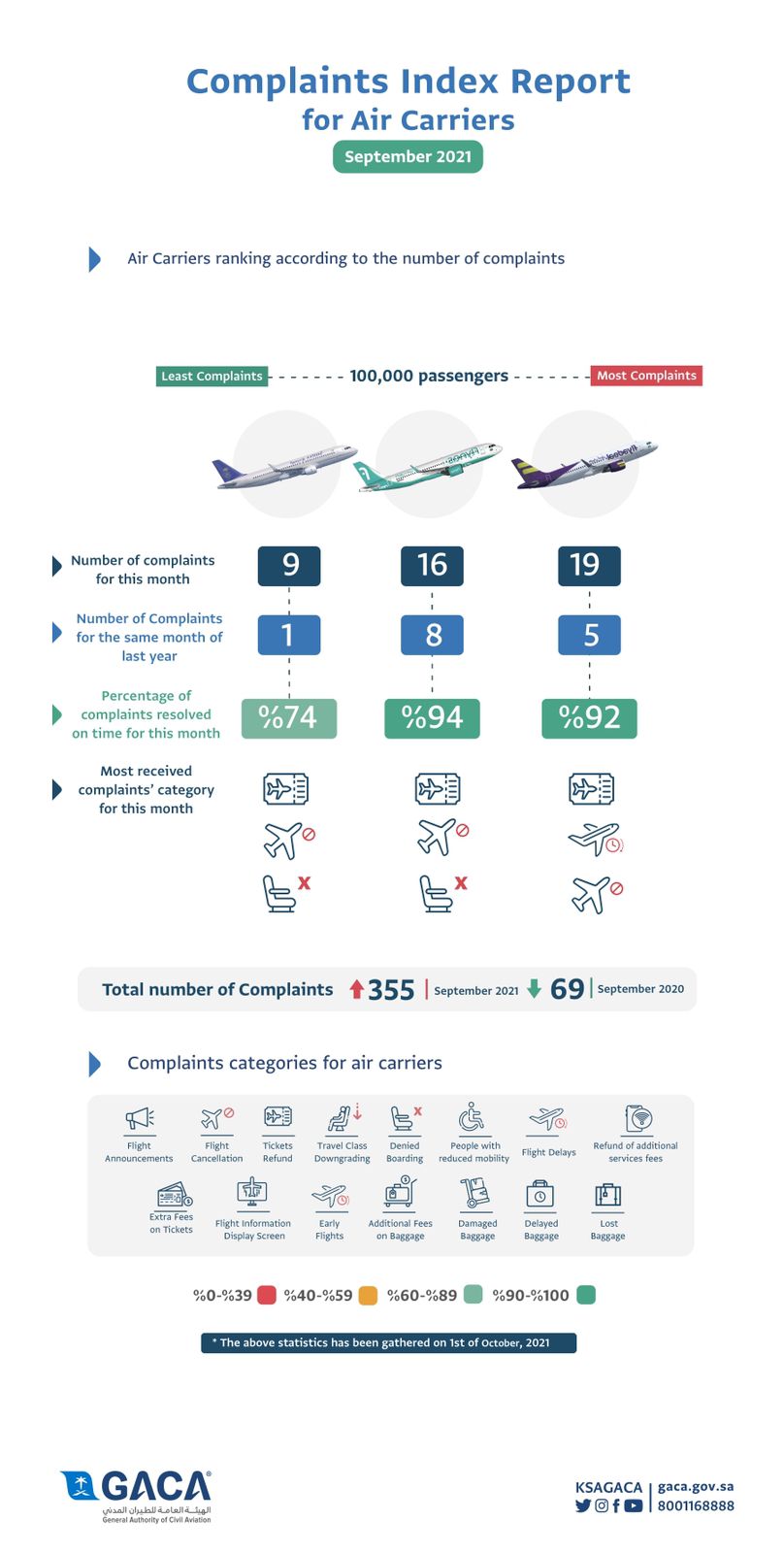