Riyadh December 10, 2018
His Excellency the Transport Minister, Chairman of the General Authority of Civil Aviation (GACA), Dr. Nabil Al Amoudi, inaugurated the “New Private Aviation Terminal” in presence of HRH Price Abdulaziz bin Turki Al Faisal, Vice Chairman of the Board of the General Authority for Sports, and the President of GACA, Mr. Abulhakim Al Tamimi and a number of their Excellencies and officials in the aviation field.  The Private terminal is located besides the current terminal at King Khalid International Airport.

The ceremony began with a rendition of the Saudi national anthem, followed by a recital from the Holy Quran, then followed by a speech given Chairman of the Board of Directors of Riyadh Airport Company, Dr. Mansour Al Mansour.  In the speech, he stressed the importance of this current project, which coincided with the Formula One Race in Al Diriyah.  The race to be held for the first time in the Middle East Region.  He added that the project is part of the privatization program to develop the capabilities of airports, in an effort to provide the best possible services provided to its intended audience.

Al Mansour pointed out that today’s event is unique, where it is one of the successes of the privatization program, noting that the project was supervised by Riyadh Airports Company and was completed in just 8 weeks.
This was followed by a visual presentation highlighting the stages of completion of the project and reciting the story of consistent efforts made within a short period of time, lasting only 60 days and 36 thousand hours of work.  The terminal is located in an area of 3000 square meters, and the asphalt of length reached 3 Km, while the greenery space reached 15 thousand square meters.

Al Tamimi explained that the new private aviation terminal was implemented in accordance with the best specifications and international standards.  It includes a modern architectural design and equipped with the latest systems and equipment.  He pointed out that Riyadh Airport Company supervised the implementation of the project while Dublin Airports Company International (DAA) will operate the project.  He went on to say that the new terminal will serve the needs of businesses and private jets owners who use King Khalid International Airport in Riyadh. 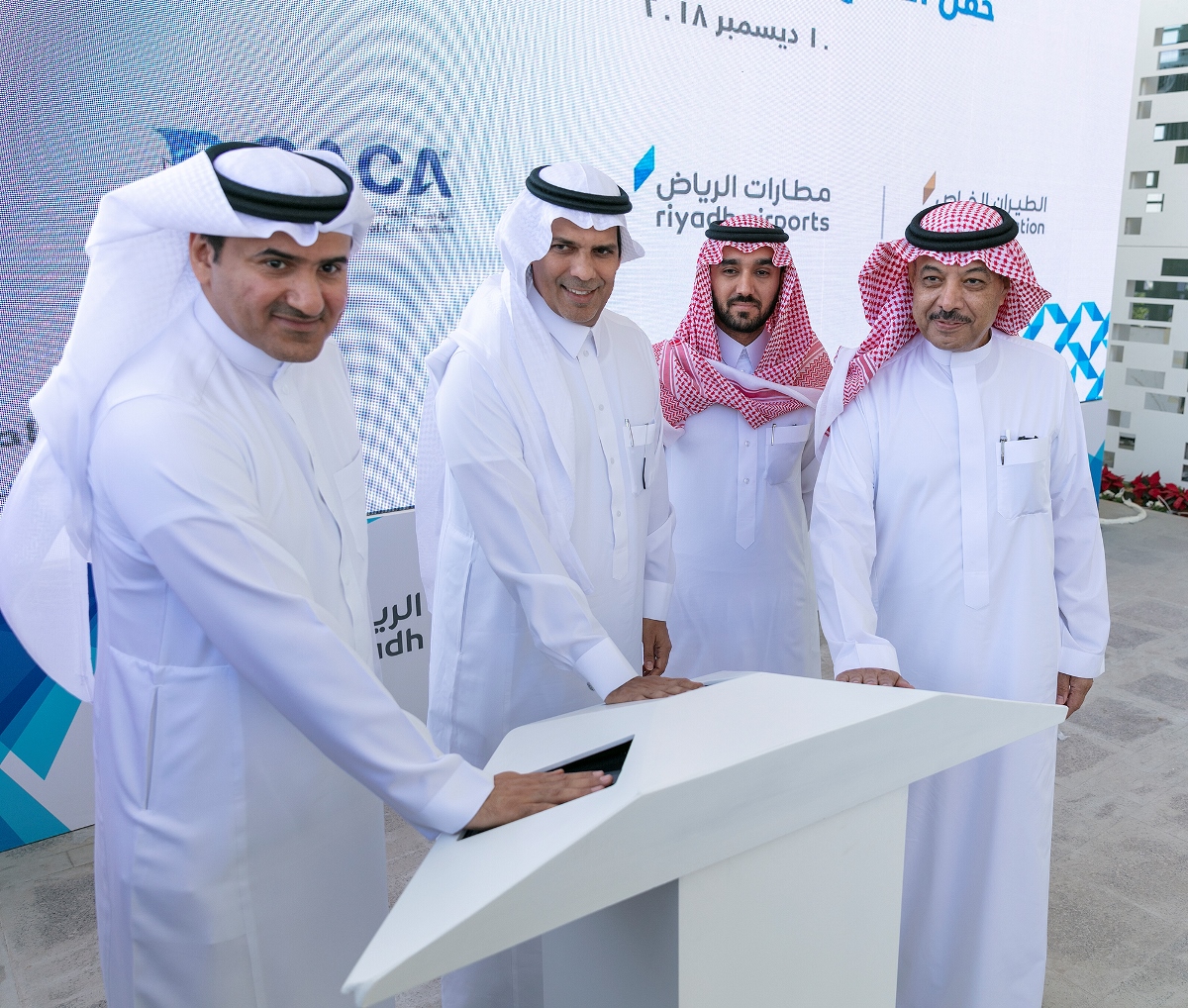