GACA gives full support to the empowerment of Saudi women in the field of air transport, in continuation of the great achievements made by the Kingdom toward female empowerment and its strong presence in the labor market.  Saudi women have proven themselves in many fields, such as administrative, technical and many leadership positions.  Women were given licenses to work in the field of air transport supported by the Government of the Custodian of the Two Holy Mosques, King Salman bin Abdulaziz Al Saud and based on the Kingdom’s Vision 2030 led by HRH the Crown Prince.

Nesma Airlines announced earlier that it was accepting applicants to work as commercial co-pilots; more than 57 applicants applied, including two females in the “new pilots” program.  Eleven young men and women were accepted including Ms. Maimani who holds a commercial pilot license (CPL) from the United States.

It is worth noting, that Nesma Airlines is one of the first companies to use the ATR-72-600 aircrafts in the Kingdom and in the Gulf region. The twin-engine turbo charged aircrafts are short distant regional aircrafts manufactured by the French/Italian Company ATR and has a seventy seating capacity. 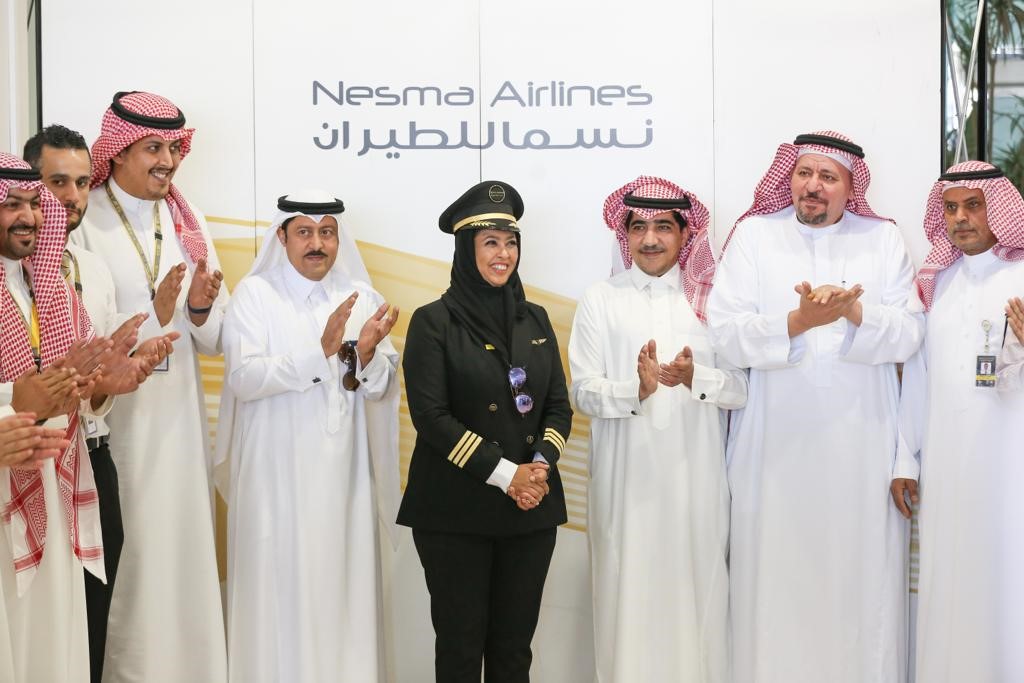