The General Authority of Civil Aviation (GACA) revealed the development project of terminal 3 and 4 at King Khalid International Airport, which can accommodate 11 million passengers annually.  The terminals are designated for international flights at a cost of 2.205.000.000 Saudi Riyals.

GACA went on to explain that the project is part of the Riyadh Development Projects, which was launched by the Custodian of Two Holy Mosques, King Salman bin Abdulaziz Al Saud recently.  The project includes 14 travel gates and 80 check-in counters.  It also has 30 counters for departure and 48 counters for passport control.  Furthermore, the terminals has a baggage claim area that has eight conveyer belts at a length of 658 meters.  In addition the terminal also include a commercial space area and lounger for first and business class lounges, that occupy a space of 10400 square meters.  It is worth noting that the average number of workers at the project is 650 workers.

GACA went on to explain that the main elements of the project are as follows:  preparation of the two terminals (3 & 4) and the corridor connecting the two building number (3) will be expanded to serve as an area for passengers check-in.  This area also include all electrical, mechanical system, and special system.   This in addition, to the underground service tunnel under tarmac T.  Furthermore, GACA explained the completion of the design work, as well as the demolition and removal work.  The underground service tunnel under the tarmac T has also been completed.  GACA noted that the current completion rate of the project 11.65%.

The Riyadh airport development project comes as extension of the generous care given by the government of the Custodian of the Two Holy Mosques King Salman bin Abdulaziz Al Saud, and His Royal Highness the Crown prince to the civil aviation sector.  This a continuous effort to develop and expand domestic, regional and international airport to keep pace with passengers traffic around the Kingdom.  All this development comes in line with the Kingdom’s vision 2030, which relates to the economic growth and sustainability, and the Kingdom’s global positioning as an influential player in civil aviation. 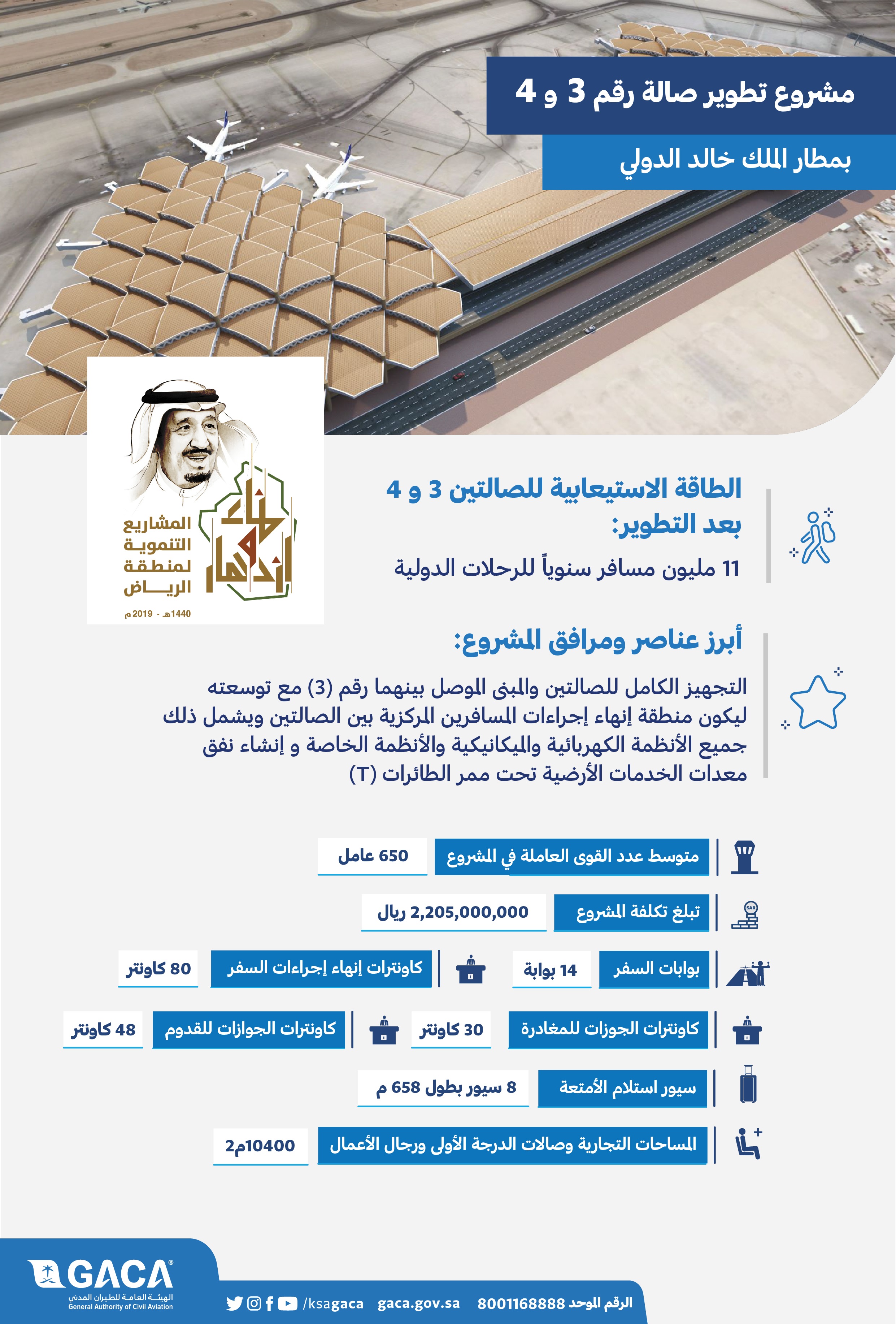