The Kingdom of Saudi Arabia has endeavored to support civil aviation organizations and aviation authorities regionally and internationally through financial, moral and logistical support to advance the industry in the world. Furthermore, to strengthen efforts aimed at supporting the development of human resources working in the sector, raising the level of civil aviation security as well as encouraging a culture of safety among aviation service providers in developing countries, least developed countries and island states.

The Kingdom is one of the largest supporters of international organizations and one of the first countries in supporting the civil aviation industry, and is constantly keen to contribute to its growth, in an effort to develop the performance of this humanitarian activity in its multiple fields, starting with the security and safety of air traffic, through the improvement of services and the introduction of influential developments and innovations in the field of aviation technology. This in addition to protecting the environment from the effects that resulted from the expansion of air transport services, the Kingdom’s contributions came within the framework of its effective and close cooperation with all parties concerned with the civil aviation industry from international and regional organizations, governmental and non-governmental, as the success of this industry and its performance of its role as intended depends on the extent of cooperation and synergy between the countries of the world.

Moreover, from this standpoint, the Kingdom has greatly contributed to supporting the programs, agreements and publications of the International Civil Aviation Organization (ICAO), including the material support provided by the Custodian of the Two Holy Mosques King Salman bin Abdulaziz Al Saud in June 2019 to the program  (No Country left Behind) that the ICAO presented, with the aim of assisting developing countries in implementing the standard rules and recommended methods for the safety and security of civil aviation, and this $1 million support came as an extension of the $1 million previous support provided by the Custodian of the Two Holy Mosques to this organization in 2016, and was preceded in 2010, where the ICAO received an amount of (152,508) dollars, which represents the Kingdom’s contribution to supporting the aviation security audit program and its mechanisms and air safety programs at the global level. Furthermore, in 2008, the Kingdom provided $250,000 to support the ICAO project to raise the level of civil aviation safety in the African continent (AFIPLAN).

The Kingdom continued its support for organizations and the bodies related to civil aviation, and at the beginning of this year 2021, it provided financial support for a plan to enhance aviation security and facilities in Africa at a value of (50,000) dollars, which is one of the outputs of the ICAO initiative under the slogan “No Country Left Behind”, with the aim of helping countries unable to forge through with the implementation of the standard rules and recommended methods for aviation safety and security. This in addition to the Kingdom’s support for ICAO’s plans, including: the Global Plan for Civil Aviation Safety, the Global Plan for International Air Navigation, and the Global Plan for International Aviation Security.

The Kingdom of Saudi Arabia has distinguished efforts and contributions to support the civil aviation industry at the global level, including hosting the headquarters of the Regional Organization for Safety Oversight, hosting the Cooperative Program for Aviation Security for the Middle East, its quest to increase the member states of the program, expand its activities, and increase the utilization of its services, to include all the countries of the Arab Organization for civil aviation and the countries of the Horn of Africa, and their voluntary accession to the global plan for carbon offset and reduction of its emissions (CORSIA) plan. This in addition to contributing to an ambitious project in cooperation with all relevant authorities, including ICAO, on the production of “low carbon aviation fuel” that would result in a massive reduction in emissions from civil aviation, as confirmed by studies.

Meanwhile, in terms of encouraging and supporting regional and international initiatives, the Kingdom has supported ICAO programs related to the improvement of electronic and private information security systems that contribute to the implementation of the ICAO Global Air Navigation Plan (GANP) in light of the expected significant growth of air traffic in the Middle East region, as well as follow up on developments related to Unmanned Aircraft Systems (UAS) and Remotely Piloted Aircraft Systems (RPAS) and is keen to secure the appropriate ground for legislation and oversight processes for these new technologies.

It is worth noting, that the Kingdom of Saudi Arabia is committed to continuing its support for all regional and international initiatives that lead to raising the levels of air safety and international civil aviation security, and aspires to continue these blessed efforts through the support and endorsement of international and regional organizations and related aviation bodies. 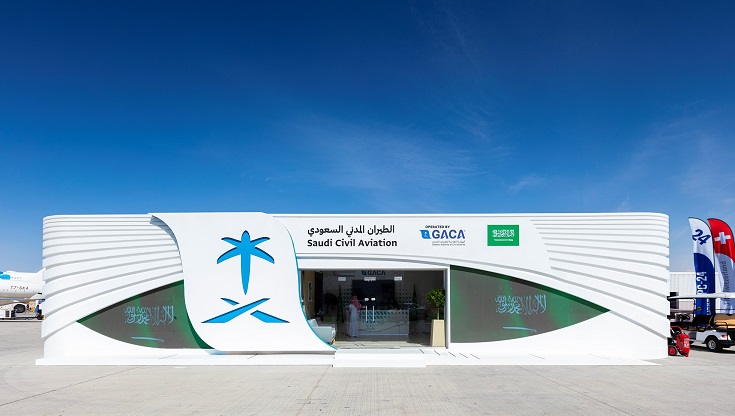 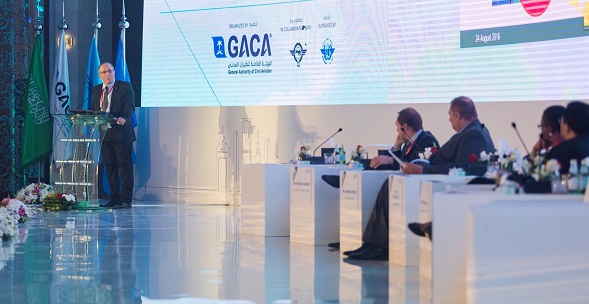