The General Authority of Civil Aviation (GACA) announced the launching of the “EYAB” initiative that represent a qualitative and historic leap in services provided to the pilgrims.  The initiative, which will be launched in its pilot phase during the next two days, aims to facilitate the automated check-in procedures from the pilgrims place of residence and before arriving at the airport.  The initiative that will be launched during this current Hajj Season (1440) is targeted towards departing pilgrims from each of (Indonesia, India and Malaysia).

His Excellency, Mr. Abdulhadi Al-Mansouri, President of GACA explained that GACA aims through the launching of the “Eyab” initiative is to improve the services provided to the pilgrims throughout the Kingdom’s airports.  Furthermore, to improve passengers’ experience, facilitate check-in procedures and reduce the waiting period in each of King Abdulaziz International Airport in Jeddah and Prince Mohammed bin Abdulaziz International Airport in Madinah.  Making sure that the pilgrims return to their home countries with the ultimate ease and comfort.

His Excellency went on to stress that the “Eyab” initiatives is a qualitative leap, through which GACA aims to improve and enrich the traveling experience throughout the Kingdom’s airports.  He pointed out that the “Eyab” initiative was launched during the current Hajj season during its pilot phase and will serve about 30 thousand pilgrims in each of King Abdulaziz International Airport in Jeddah and Prince Mohammed bin Abdulaziz International Airport in Madinah.  He went on to say, that the service would be extended to cover all pilgrims, Umrah seekers and travelers throughout the Kingdom’s airports.

At the end of his statement, the president of GACA thanked the government and private entities participating in the “Eyab” initiative.  He also thanked and appreciated the role of the Government agencies who worked to implement the project.  Agencies which includes: The Interior Ministry, The Hajj and Umrah Ministry, The Presidency of State Security, The Center for National Information and Saudi Customs.  Their effective contribution helped in the speedy completion of the initiative and the possibility of expanding it in the future.

It is worth noting that GACA seeks through the “Eyab” initiative to facilitate check-in departure procedures for the pilgrims in their way home.  This is accomplished by applying means of easing the procedures of accepting pilgrims luggage at their place of residence and registering their departure automatically before arriving at the airport, through specialized electronic routes.  This in addition to improving and enriching the travel experience throughout the Kingdom’s airports, by providing a unique environment that gives a distinctive impression and reflect on the culture and civilization of the Kingdom of Saudi Arabia. 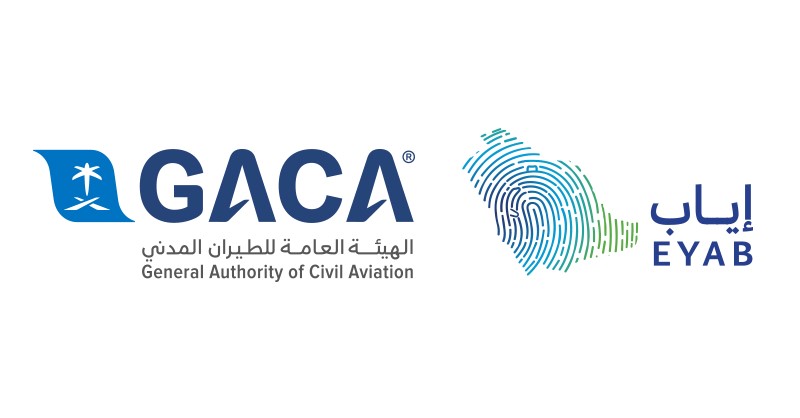