His Excellency the President of the General Authority of Civil Aviation, Mr. Abdulaziz bin Abdullah Al-Duailej, inaugurated today the electronic portal for the International Council tests for the International Fire Service Accreditation Congress (IFSAC) on the Saudi Civil Aviation Academy website affiliated with GACA. This in order to enable all workers in the field of fire and rescue in the various airports of the Kingdom to obtain  Certificates approved according to international references.

The inauguration of the portal comes to develop the performance of workers in the field of fire and rescue services at various airports in the Kingdom, as it is possible to obtain internationally accredited certificates, which will be reflected in the development of capabilities according to the highest international standards.

Furthermore, the inauguration translates the efforts made by the Academy to become in a sustainable scientific and global position among its peers, and comes within the partnership of the International Fire Services Accreditation Congress (IFSAC) with the Saudi Academy, which took place during the international conference held in Kentucky in the United States of America in 2019, through which it became an accredited academy in the field of training with the ability to hold 11 international training packages. This accreditation authorizes the academy to test and evaluate all fire and rescue services.

It is worth noting that the International Fire Services Accreditation Congress (IFSAC), which was established in 1990, is one of the authorities concerned with licensing fire and rescue services training centers around the world and is also concerned with auditing those centers and their conformity with international "NFPA" standards for the quality of fire and rescue training. 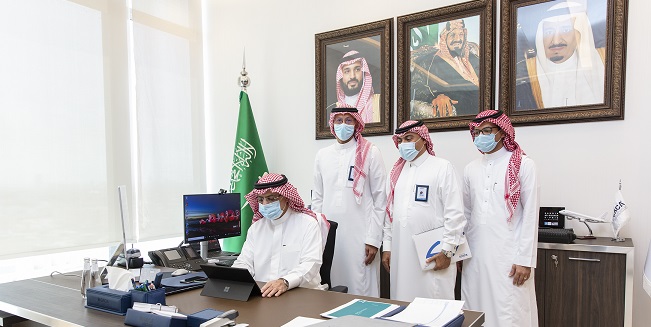