His Excellency Mr. Abdulaziz bin Abdullah Al-Duailej, President of the General Authority of Civil Aviation (GACA), headed the delegation of the Kingdom of Saudi Arabia participating in the meeting of the Executive Council of the Arab Civil Aviation Organization (ACAO) in its sixty-third session, and the work of its Ordinary General Assembly in its twenty-sixth session, in the Moroccan capital, Rabat.

For his part, His Excellency Mr. Abdulaziz bin Abdullah Al-Duailej, President of GACA, stressed that the Kingdom’s victory in the membership of the Executive Council of the Arab Civil Aviation Organization, and its membership in all five technical committees, reflects the extent to which the member states of the organization appreciate the importance of the Kingdom’s pivotal role and its positive efforts in dealing with the air transport industry at the regional and international levels.

His Excellency pointed out the importance of moving forward in working together to face the challenges resulting from the pandemic, and the success of the road map for the recovery of international civil aviation from the negative effects that resulted from it. Furthermore, the importance of strengthening joint cooperation with other regional organizations, implementing joint programs, and transferring other experiences to help advance the air transport industry in the Arab region.

During the General Assembly of the organization, many topics of common interest in the field of civil aviation were discussed, a number of topics related to the mechanisms for the recovery and recovery of the civil aviation sector were discussed, and the new organizational structure of the organization and its general strategic plan for the period (2020-2022) was also approved.  The proposal of the Kingdom of Saudi Arabia regarding the unification of vaccination procedures and protocols through coordination with the Council of Arab Health Ministers in the League of Arab States, while respecting the sovereignty of countries and their right to take the appropriate measures to ensure the safety of their citizens.

It is worth noting, that the Kingdom of Saudi Arabia has been a member of the organization since its establishment in 1996, an organisation that consists of 21 countries, and the Arab Civil Aviation Organization is a specialized Arab organization affiliated with the League of Arab States that aims to strengthen cooperation and coordination between countries in the field of civil aviation. 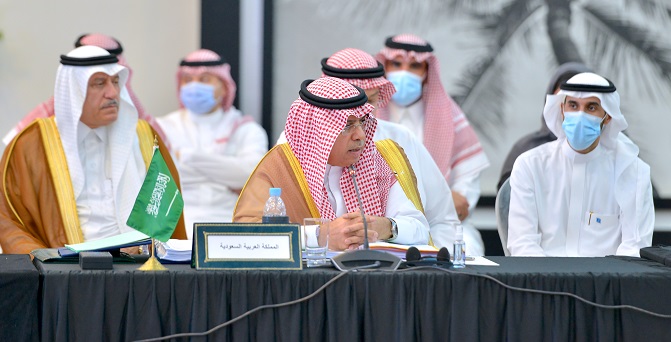