The first batch of Hajj pilgrims arrived at King Abdulaziz International Airport in Jeddah, on Thursday the 1st of Dhuʻl-Qiʻdah, corresponding to the 4th of July 2019.  The first Saudia Hajj flight arrived at the Hajj and Umrah Terminal Complex at King Abdulaziz International Airport in Jeddah, arriving from the Bangladeshi capital, Dhaka, with (350) passengers on board.  Mr. Abdulhadi Al Mansouri, the president of the General Authority of Civil Aviation (GACA) was on the forefront of those receiving the flight.  The Director General of Saudi Arabian Airlines, Eng. Saleh Aljasser, and the Assistant to GACA president for Hajj & Umrah Services at hands to receive the pilgrims are a number of officials of both GACA and Saudia airlines.

All welcomed the pilgrims arriving on the first flight to the Kingdom, and presented them with souvenirs for the occasion, wishing them a happy stay and a pleasant Hajj.

The president of GACA, Mr. Abdulhadi Al Mansouri, said that the implementation of the directives of the Custodian of the Two Holy Mosques and HRH the Crown Prince (may God bless them both), to provide the best of services and maximum comfort to the guests of Rahman, in order to perform their rituals with ease and tranquility.  GACA was prepared for this mission from the onset with the cooperation and coordination of the security and government agencies concerned for the service of the pilgrims.  Airlines, pilgrims companies, and support companies were also involved to implement the directives, making sure that all possible services are rendered from their arrival, until their departure.

For his part, the Director General of Saudi Arabian Airlines, Eng. Saleh Aljaser, said that the cooperation between GACA and the national carrier reflect the best complementarities between the State institutions in order to implement the wise leadership directives in providing the best services to the guests of Rahman and contribute to the achievement of the Kingdom’s Vision 2030.  Furthermore, to reach the goals developments of Hajj service and Umrah services provided and to facilitate the procedures in providing them with a safe and comfortable atmosphere, all through an integrated care system from the relevant authorities, particularly, the High Hajj Commission, the Central Committee, and all entities concerned with pilgrims services.

Aljasser stressed that Saudi Arabian Airlines, its companies and budding entities arising from the privatization efforts are mobilizing all its human resources and its capabilities to serve the pilgrims and to successfully achieve its operational plan for the current Hajj Season.  He went on to say, that the operational plan for this year Hajj is to transport (1.2) million pilgrims in both arrival and departure stages, that amount to an increase of (10%) than the previous year.  Furthermore, Saudia supported its main fleet of (165) aircrafts with (17) additional aircrafts to transport pilgrims domestically and abroad through its domestic and international network from (100) destinations around the world.  Furthermore, efforts have been stepped up by all sectors to provide the best services to the pilgrims on board and in all service locations.

Saudia offers a package of integrated services to the pilgrims, including the issuance of boarding passes from the original destinations.  Saudia also send immigration entry cards to all of its international stations to make sure they’re filled up before their arrival.  This in addition to providing crew members who are versed on the various languages, also Saudia will play videos about the Hajj and Umrah rituals on board  their flights, and through Saudia website and its publications.  This in addition to pamphlets related to baggage allowance on the aircraft and on the aircraft luggage depot.  Additional flights will be provided for pilgrims wishing to travel to Madinah. 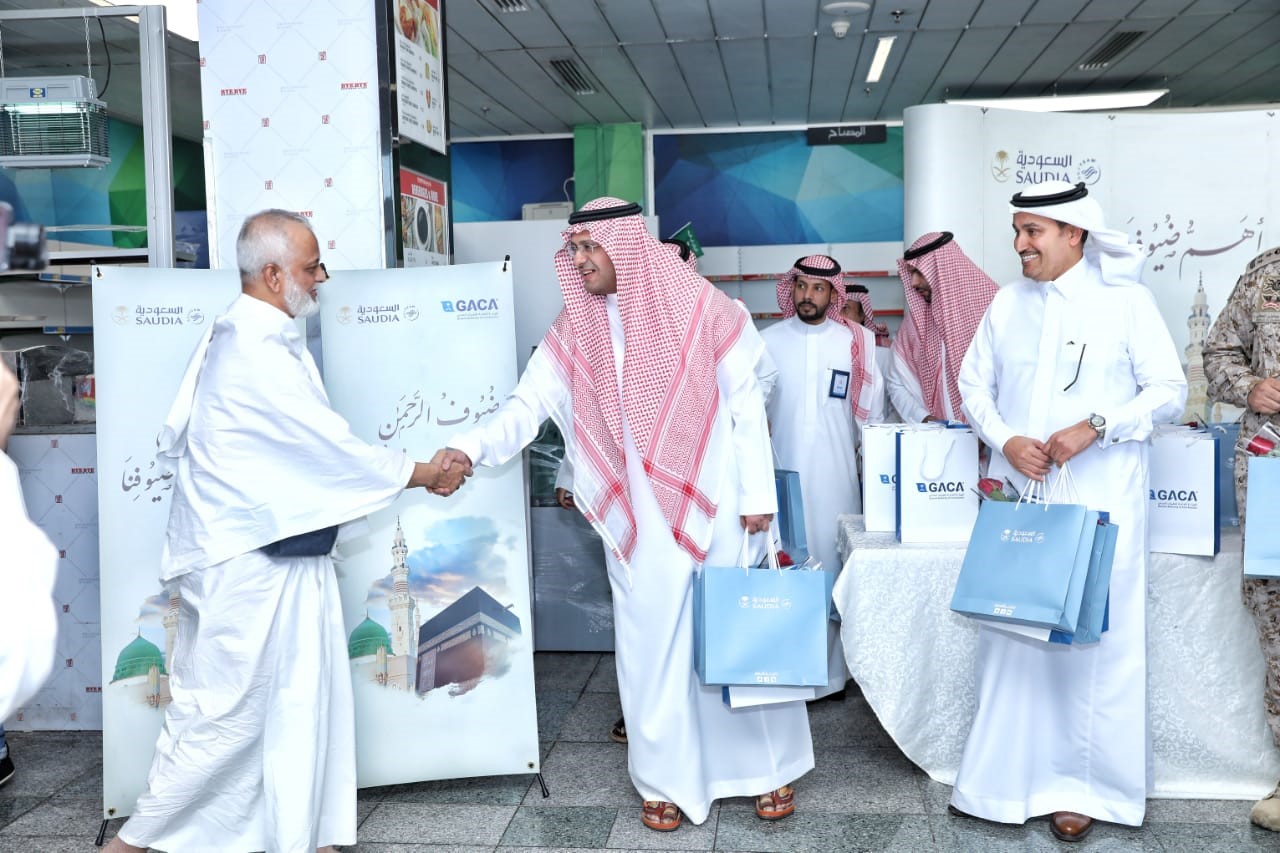 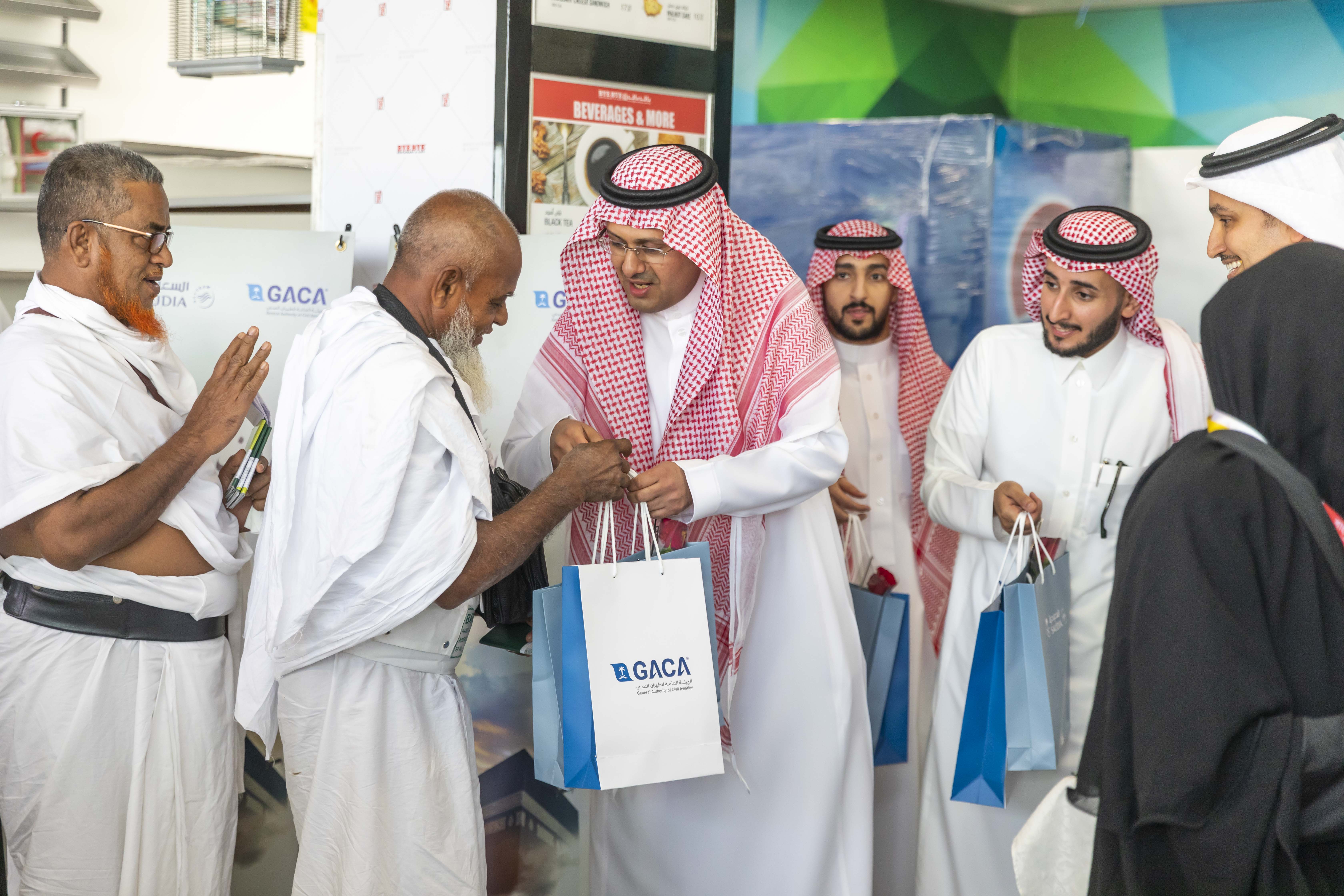